At times it can seem a bit mind boggling that a country like Costa Rica that is driven by tourism forces it’s perpetual tourists to leave every 90 days, but that is the law.   It seems simple enough right?

Believe it or not this is one of the most controversial topics among residents and tourists. There is a ton of mis-information on the topic, and the rumor mill keeps churning.   This time last year in April of 2018 the department of immigration had planned to enforce a $100 per month “multa” or fine for visitors that overstayed their stay in Costa Rica.  The same law proposed to charge the same fee to residents who failed to renew their DIMEX document in time.

Currently this fine, is not being charged.   Logistics were found to be far too difficult to actually enforce.   The issue has been tabled for a year and in April of 2019 it is to be revisited.   We did however find (amongst a flurry of broken links) a page on the Costa Rica immigration page stating that if you don’t renew your residency before it expires you will need to pay a whopping $3 (three dollars) for every month that it is expired.  http://www.migracion.go.cr/extranjeros/Multas.html

So if you came into Costa Rica like most people as a “tourist”.   Whether it was planned or not, you’ve decided not to leave after your 90 days in this beautiful country.

Border runs are what most people opt for.   Some choose to ignore the stamp in their passport and just go along there merry way.  Overstaying your 90 day limit is not advisable for a variety of reasons, but let’s go over what a border run entails.

It should be noted that the 90 days is not a given.   Your passport will be noted with the number of days you can stay in the country and it is at the full discretion of the immigration official that stamped your passport.   So let’s hope he or she liked your face.

Most people receive their 90 days without fail, but we have seen instances with as few as 10 days being marked so be sure to double check.

How long do you have to be out of the country?

There are tons of rumors when it comes to this, and if you don’t like the answer you got from one person, just ask someone else.   Even immigration officials will give you contradictory information when it comes to how long. When we asked the Immigration Administration, their answer was “There is no minimum amount of time outside Costa Rica required for re-entry for U.S. Passport holders and other nationalities who do not need visas to enter Costa Rica”

Can you just cross the border and come back the same day?

The short answer is YES, however you may run into issues at the border.   You could stand there arguing the law with an official who may or may not have discovered that if they give you a little grief their may be a few bucks in it for them.   If you are looking for the most cost effective way to complete your visa run, we suggest a day trip to either Nicaragua or Panama.   Cross the border before your 90 days are up, have lunch and head back.For years I did the 90 day visa run and rather enjoyed the forced vacation 4 times a year.   Friends would often argue that residency would be cheaper but as most will tell you residency is going to cost you somewhere between $400 and $4000.   Yes that is quite a spread but it depends on whether you involve an attorney, how many people you are applying with etc. Residency is too in-depth to be covered in this video/article.

Personally, I paid two separate attorney to handle my residency, twice, before finally jumping through the hoops myself.   My experience while unfortunate is rare, and could have been avoided, had I hired a true professional to handle things in the first place.

Literally thousands of people do visa runs every month, the process isn’t complicated and many tour guides are actually offering day trips and 3 day trips that fulfill the requirements.    The essential thing is that you leave the country.If you start browsing the Facebook groups, forums or just performing internet searches you will see there is a lot of dispute between recommendations.  The important thing is you get that stamp in your passport and that handwritten “90” under the stamp before starting the process over again in a few months.  Like it or not, you will find in the social media groups, and even among st your peers here in Costa Rica a certain pecking order.   As tourists progress through the process from temporary resident, to permanent and finally citizenship.

The hierarchy seems to be.

Whether you decide to take the perpetual tourists rate and do the “visa run shuffle” every 90 days, start your residency or some combination of both is up to you, and which option is best for you personally.  It is important to remember that when you go to re-enter Costa Rica you will probably be asked for proof of your intended exit.   Typically this is your return flight itinerary, but if you are doing the visa shuffle there is no ticket. A simple and common recommendation is to purchase a bus ticket at the terminal from Costa Rica to Nicaragua or Panama.   Whether you use the ticket it or not is up to you. These tickets can be had for an average of $25 depending on the carrier.

The case for the perpetual tourisit (Visa Run Route)
Perpetual Tourists have no obligations with regards to the time they must stay in Costa Rica to fulfill resident requirements.   They can come and go as they please.Perpetual tourism in some cases is cheaper.   Not only do you get the obligatory vacation every 3 months, but the costs of residency don’t stop with the attorney.   Every month there will be Caja fees (Costa Rica Social Security / Health Care) For the most part these fees range from $50 per month to $300 per month.   They depend on the your stated monthly income.As a perpetual tourists you are protected under the Costa Rican Constitution with the same rights as citizens.  Some things are more difficult such as banking, or getting a cell phone line that isn’t pre-paid but tourists do have the right to own property.

That’s one side of the argument.

The case for residency (dimex card)

Now if you choose residency not only do you move up in the “IMAGINARY PECKING ORDER” you’ll have some additional security.   It is indisputable that your fate lies as a perpetual tourist lies with that smiling individual behind the immigration country.   If he/she decides you only need to be in the country for 90 days there isn’t much you can do about it.Well maybe find a pen the same color and complete that “90” instead of “10”That was a joke.   Modifying your passport stamp is never advisable.  Another benefit of having your residency is no longer having to carry your passport with you at all times.   Yes you can legally carry a copy of the photo page along with the residency stamp, but that isn’t going to work at the supermarket when your filling your cooler for your next beach excursion.   Residency will give you pretty little card that fits nicely into your wallet, alongside your Costa Rica drivers license.

As a permanent resident you can also secure employment.   Yes you can own your own business as a tourist, you just can’t work there.   Confusing right?

Get a Free Quote 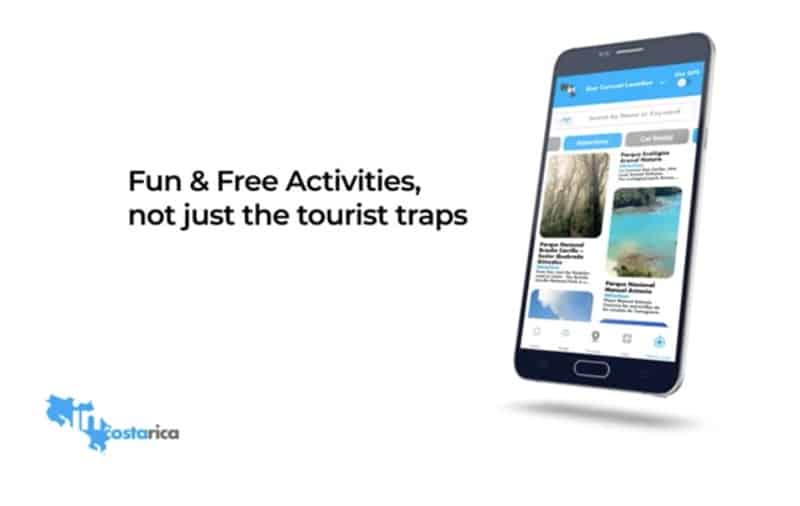 Get More Out of Costa Rica

One of the most compelling reasons for residency besides avoiding the administrative task of planning a vacation every 3 months is banking.   If you want to make online transfers, receive transfers or do just about anything other than use a local ATM, your going to need your residency.

At the end of the day

The decision is yours and the path to your version of “pura vida” should be your own.   Ask for advice from those around you, keep exploring those forums, but just because it is in black and white on some website, don’t take it as fact.   Most importantly keep in mind that these laws are continually under review and changing.

What You Should Know Before Traveling to Costa Rica

How to Make the Most of Your Trip to Costa Rica